Hina was born and raised in London, and is the mother of two young children. Hina worked as a primary school teacher and is passionate about making Wimbledon and West Barnes better for our kids. Hina is a local councillor and has been campaigning against speeding on our local roads - she’s also been fighting for better train services. Hina was one of the first Muslim women elected to the London Assembly last year.

John has lived in Merton since 1986, and in West Barnes since 2004. He is a retired Management accountant, which he did for over 20 years. He now volunteers for three charities (Beanstalk, which helps children improve their reading, Citizen’s Advice and The Listening Place, which helps those with mental health issues). He is now the founder of Swift Trains Limited and is keen on helping his fellow residents with local issues that are important to them.

Robert lives locally in Raynes Park with his young family. He is standing for the Council as he would like to help improve local services in West Barnes and Merton. Robert works for a financial services regulator and outside of work he is a school governor and charity trustee. 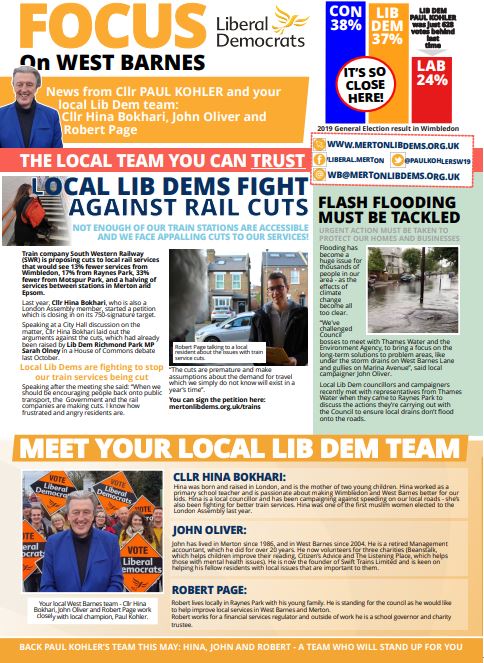