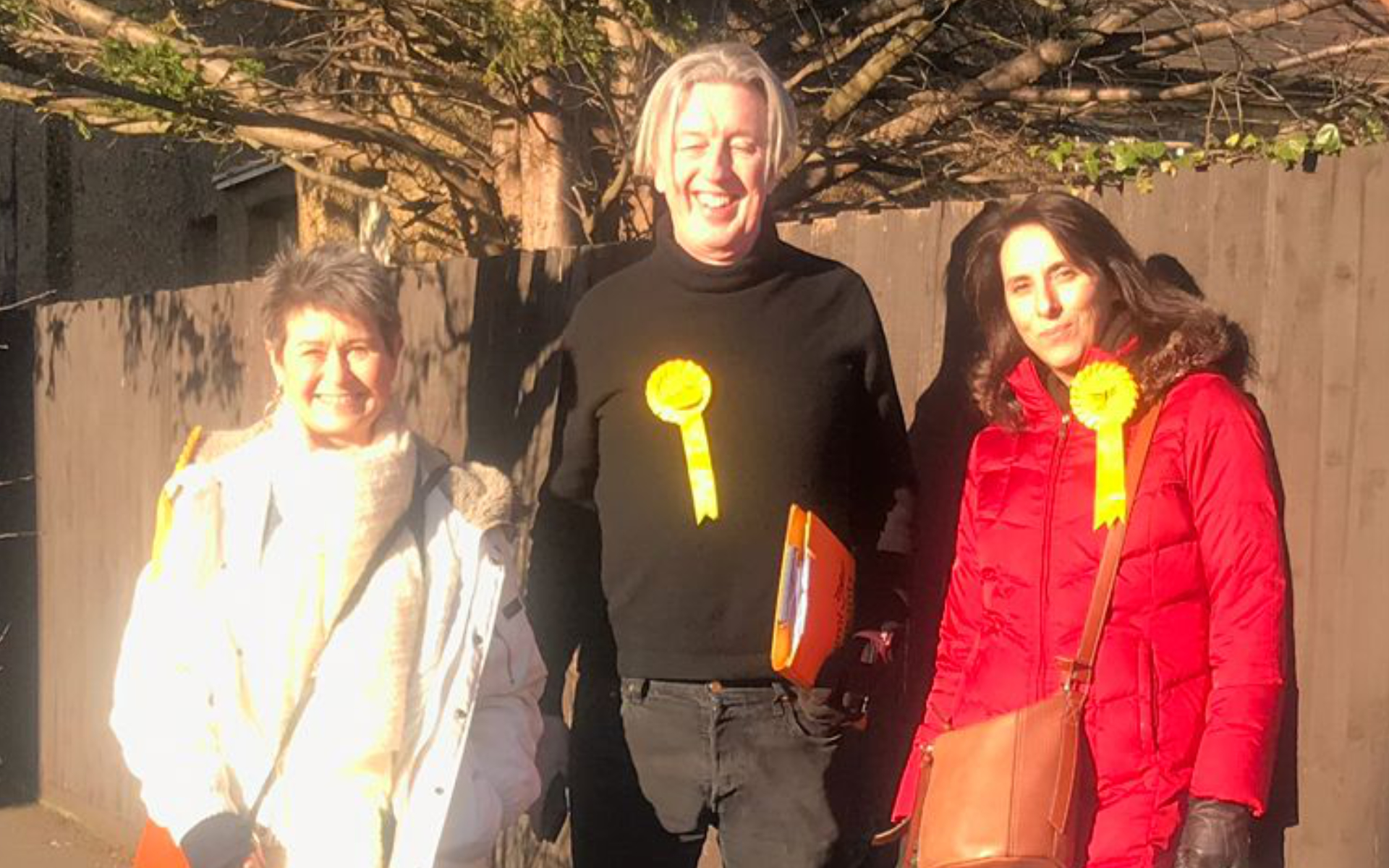 Ursula is originally from Canada and has lived in the UK for 27 years, and in Wimbledon since 2009.

She was an editor in children's publishing for over 17 years, working for Penguin and then the BBC. Now a full-time mum, she is particularly interested in education and building a fairer society for all.

Susie is a former barrister and solicitor, who has lived in Wimbledon for over 20 years, 11 of those in Hillside. She has a 21 year old daughter at university, and she has been involved in court battles, difficult negotiations and many committees. She wants to improve the lives of everyone who lives or works in Hillside wherever possible. She would work towards improving the basic issues that affect local residents, ending the overflowing bins, reducing air pollution and speeding near local schools and on busy roads, supporting local businesses and residents by making parking charges fairer and less expensive, and increasing the amount of electric charging available for people who want to move to electric cars but don’t have off street parking. She would also support local Lib Dem campaigns to keep Wimbledon Park from being concreted over, get step free access installed at Raynes Park station, and prevent intrusive overly tall or otherwise inappropriate developments in the area. She would also like to see the council ensuring that all subcontractors observe high standards of fairness in their recruitment policies and treatment of staff. Susie would pursue a cleaner, greener, fairer Hillside for everyone.
Latest news and campaigns in Hillside 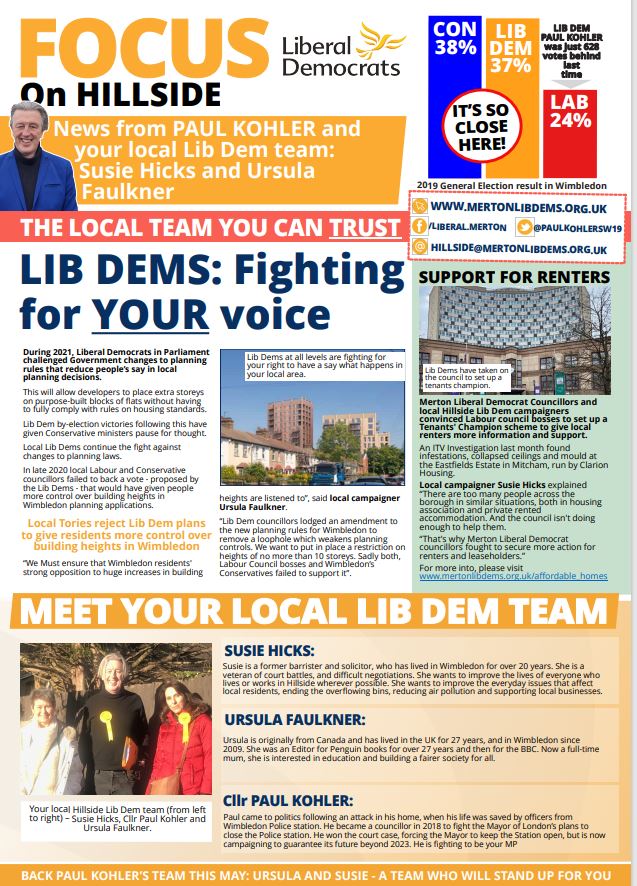 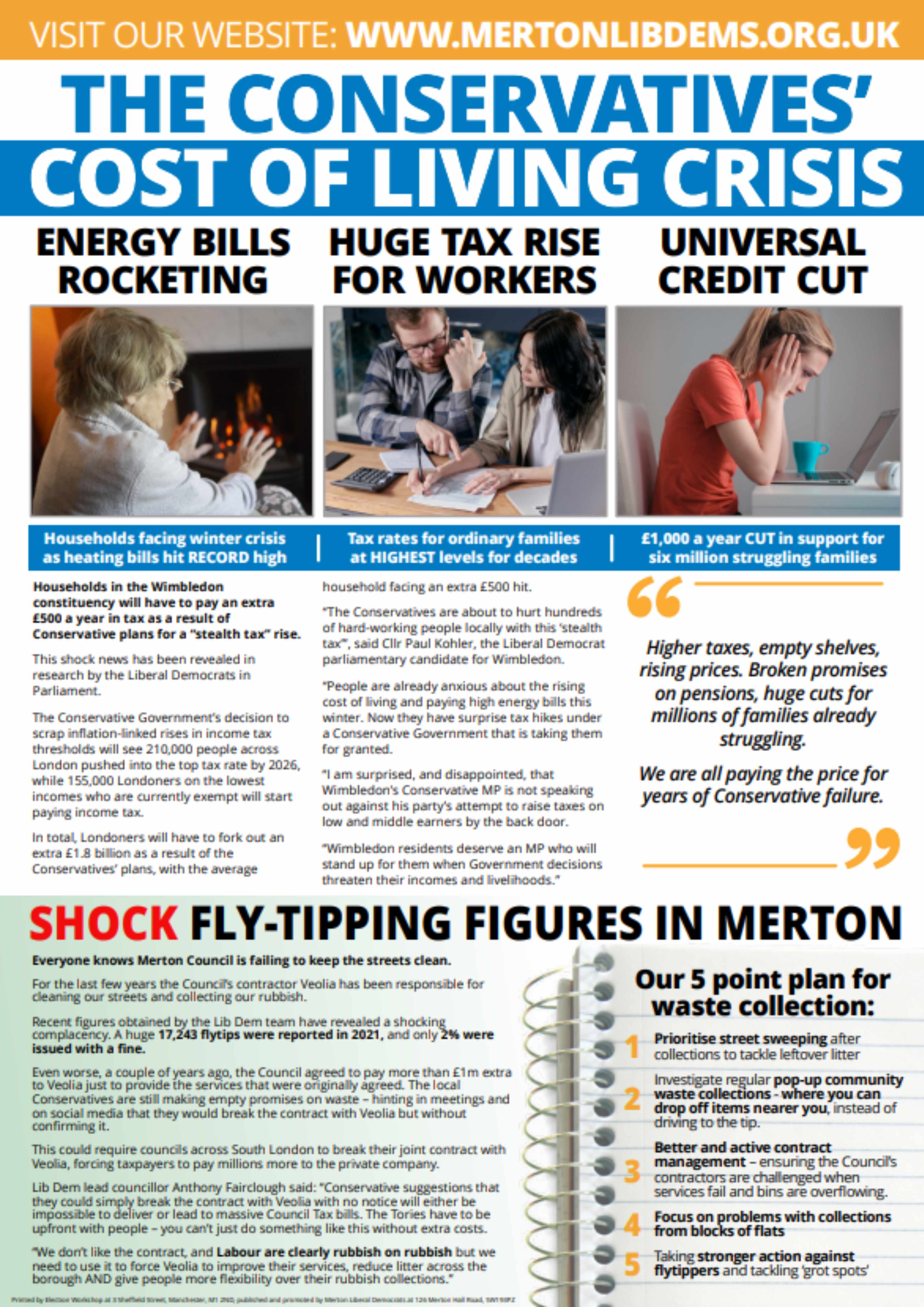