Labour Council bosses have refused to end financial support to the fossil fuel industry through the Council's pension fund.

Merton Council’s pension fund is one of several local authority pension funds that invest a combined £10 billion in coal, oil and gas industries.

Burning fossil fuels contributes significantly to global warming. It is environmentally irresponsible that our Council continues to invest in them through its pension fund.

At full council held on 17th November, Labour and the Conservatives refused to support a Liberal Democrat plan to dispose of shares in coal companies held by the Council's pension fund. A similar proposal was also rejected in September.
We're shocked at this lack of leadership shown in Merton on the Climate EMERGENCY.
It's time to sweep away the old parties and bring in a Fresh Start for Merton. If you agree, click here and join the team who can do just that. 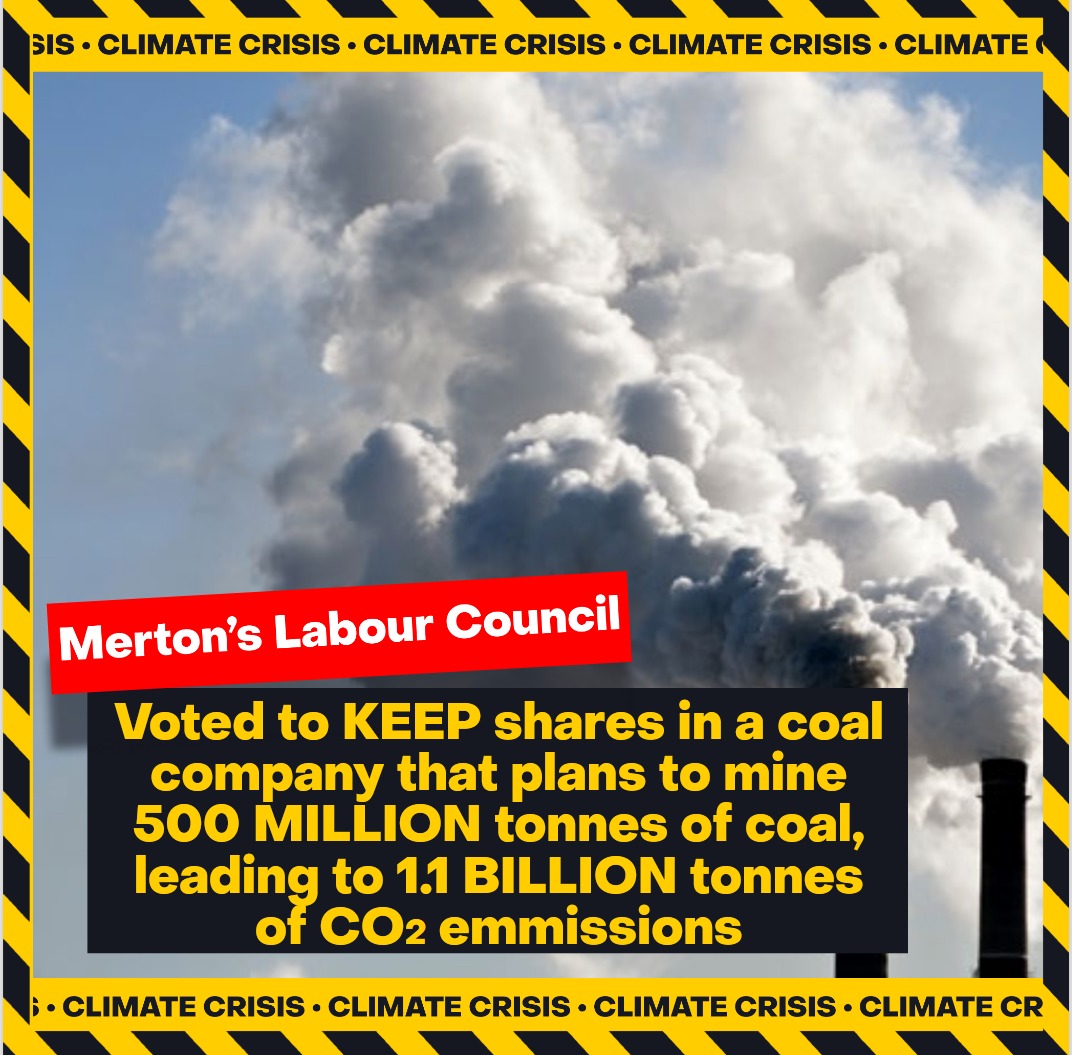