We don't need no (adult) education? 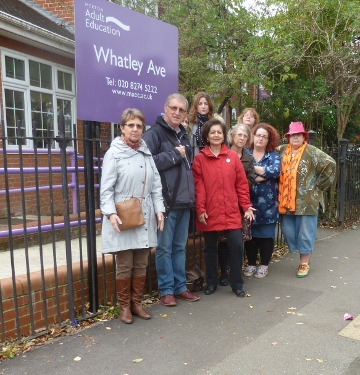 The service, based at its Whatley Avenue centre, provides lifelong learning to residents of the borough on subjects ranging from foreign languages to professional skills, but has had a question mark placed over its future by the Labour-run Council.

Students at MAE were informed last week by Simon Williams, the Council's Director of Community and Housing, that funding for the service would be placed under review. It later transpired that a decision would not be made until January, shortly after a new intake of students start their courses.

Shas Sheehan, the Liberal Democrat Parliamentary campaigner for Wimbledon, responded in a letter on Wednesday that "...closing MAE, well used, well respected and praised by OFSTED would be short-sighted in the extreme.

"On the one hand the council is closing services and withdrawing funding from charities because of its commitment to the Ageing Well programme to keep people fit and active for longer, and on the other it is contemplating cutting the very services that adults, with time on their hands, would wish to engage in. Where is the sense in that?"

Shas has now started a petition to protect MAE and has encouraged all those concerned about the recent developments to sign it. You can do so by clicking here.

The Wimbledon Guardian, which covered the story yesterday, also highlighted concerns by parents of children at neighbouring Joseph Hood Primary School. As the school shares an access road with the Whatley Avenue Centre, any changes could have a direct impact on the 300 children studying there.