Details of the Motion to Council are below.

This Council notes that:

- A ‘Climate Emergency’ was declared by this Council in July 2019.

- Burning fossil fuels poses a serious risk to the stability of the climate upon which our well-being and economy depend, and research demonstrates that up to 80% world’s proven fossil fuel reserves will have to remain unburnt if we are to have a reasonable chance of keeping global warming to less 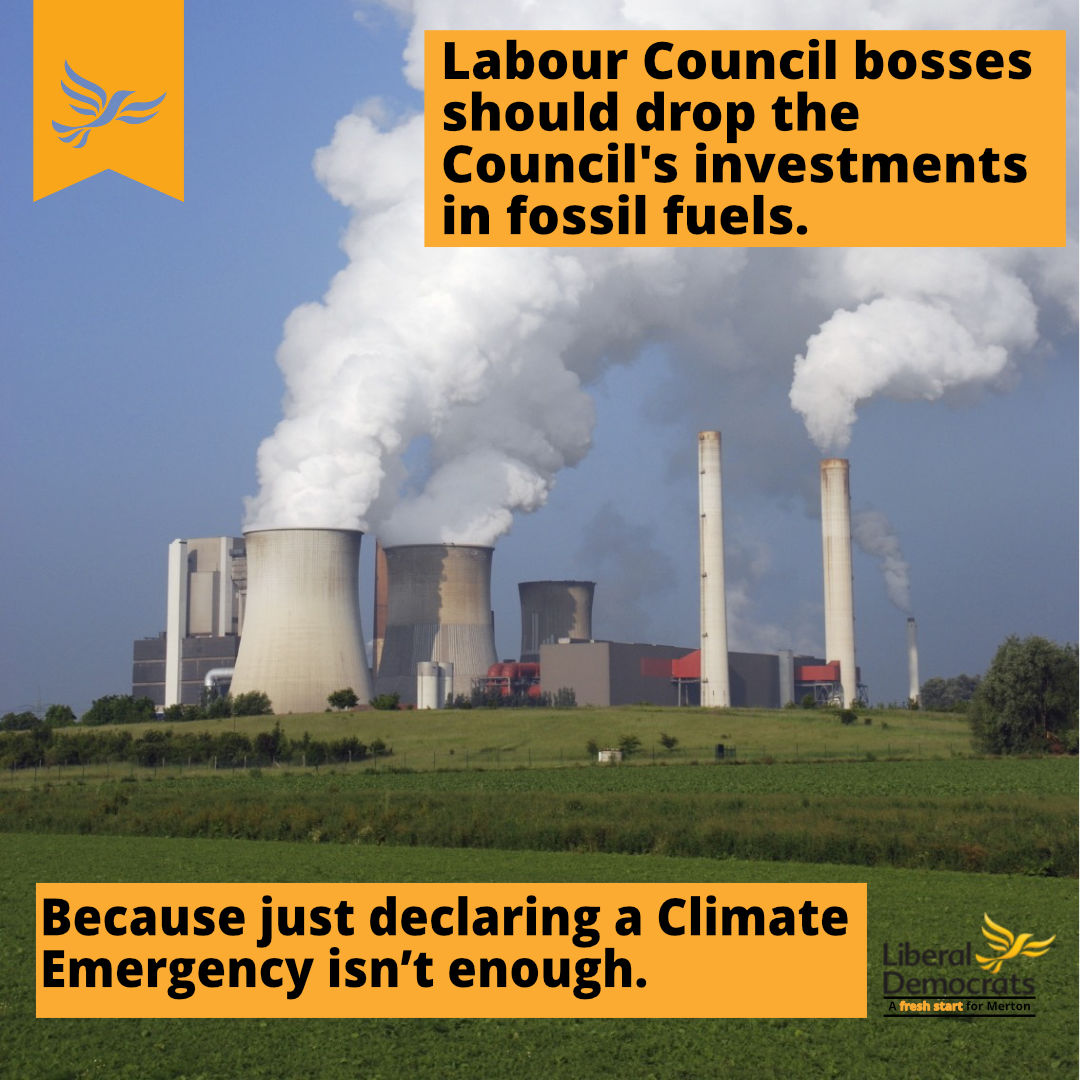 This Council believes that:

- The Council should invest its pension funds in ways that support our Climate Emergency declaration; and - Since 80% of fossil fuels must remain in the ground, the reserves of the fossil fuel industry risk becoming ‘stranded assets’ with little or no value – representing a substantial financial risk for those that invest in them.

- rule out new investments in fossil fuel companies; and

- divest from direct ownership and any commingled funds that include fossil fuel
public equities and corporate bonds within three years.