The only access to Motspur Park station involves climbing up and down flights  of stairs to the central platform. At Raynes Park station, whilst there is a ramp to get to the London-bound platform, the other platforms can only be accessed by stairs.

As a result, residents who have mobility needs, those with heavy luggage or with buggies are either unable to use the stations or require help. Access could be improved with ramps or lifts. Such improvements have recently been undertaken in neighbouring Worcester Park and New Malden train stations and other stations along the line nearer to London. 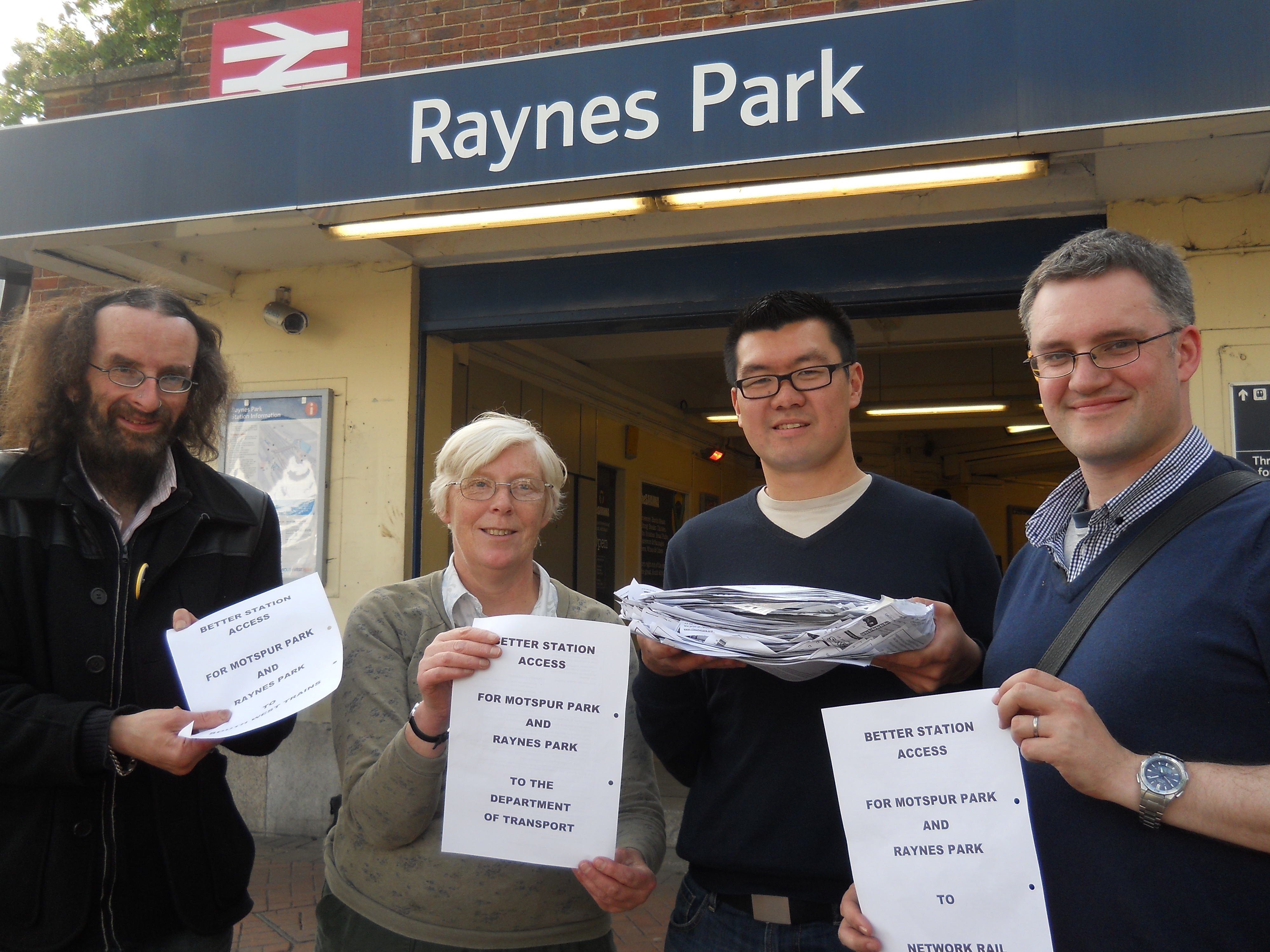 “Having a daughter under the age of three it is impossible to use Motspur Park station safely with a buggy due to the station not having step-free access. Often, there is no one able to help and I have to fold the buggy and carry this as well as my daughter up and down the stairs which is very hazardous. Goodness knows how people who have mobility issues get around the station let alone us parents with buggies. Why it is taking so long to resolve this issue?”

"Residents of all ages have complained to us about the stations, especially the elderly and parents with very young children. We know that improving access costs money, but at the moment many people just cannot use Motspur Park at all. Raynes Park is a very busy station and local residents now expect that it is about time it was made completely accessible.”