Fight to save Ridgway Stables continues 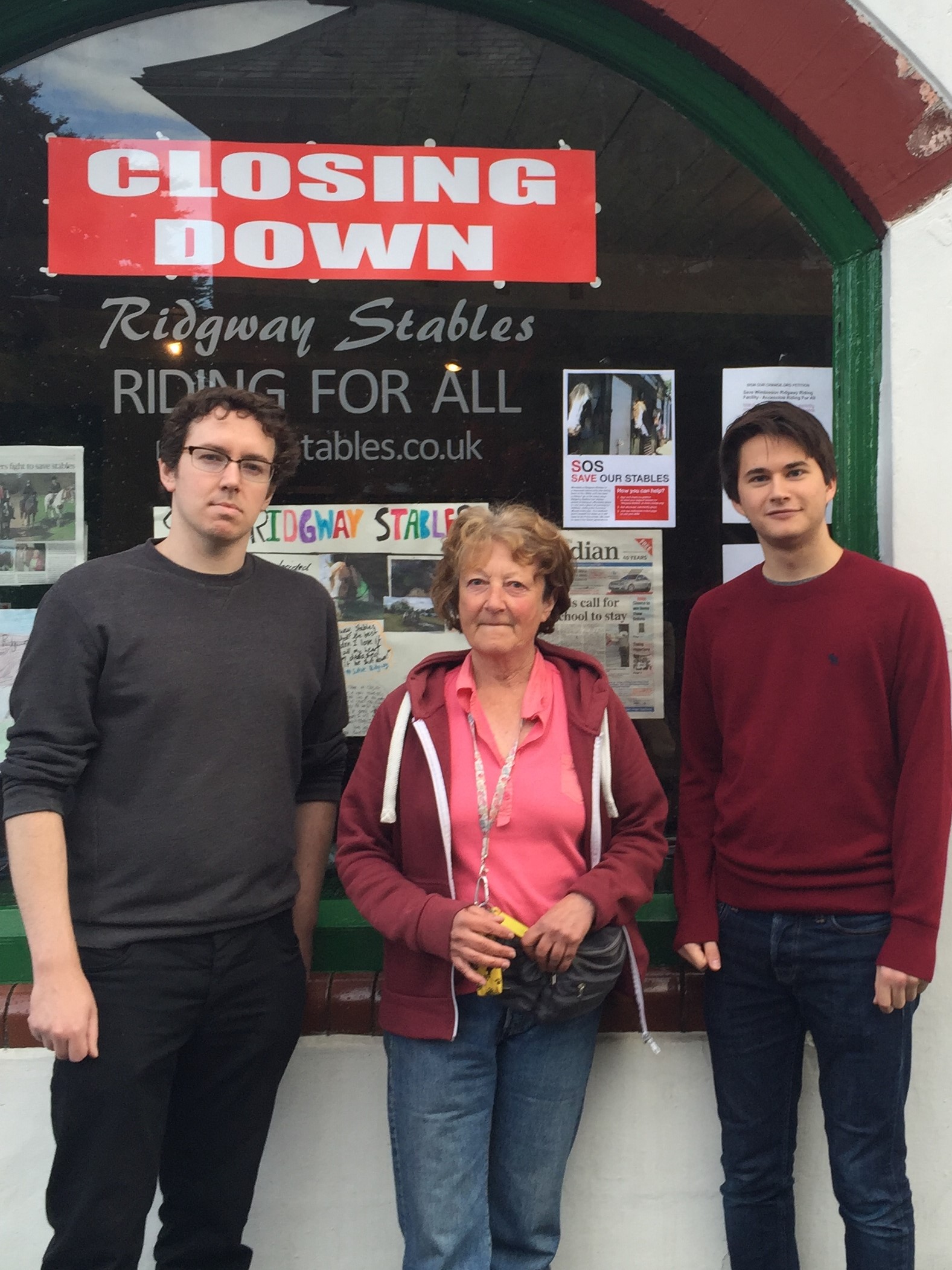 As Ridgway Stables officially closes its doors today (28 September) local community campaigners have vowed that the fight to save the stables 'is only just beginning'.

Ridgway Stables is closing after almost a century, following a decision by the landlords to evict the tenants.

Ridgway Stables has long been a fixture of the Wimbledon Village community, offering affordable and accessible riding lessons for children across Wimbledon.

Stables manager Julia Hardy, who has run the business for 37 years, has devoted her career to making riding accessible to all, especially underprivileged young people in the local area. As well as offering lessons, the stables runs a number of programmes to widen participation in the sport, in partnership with Merton Council, Camp Beaumont and several local schools.

Although the stables has now closed its doors to the public, local community campaigners have joined Julia in vowing that this does not spell the end for a much-loved community asset. A group of supporters has submitted an application to award the stables Asset of Community Value status, which would protect it from redevelopment and offer local people the chance to take ownership of the building. This application is currently being considered by Merton Council.

The Merton Lib Dems have thrown their weight behind the campaign to save the stables, and are calling on Merton Council to use its powers to protect the stables from redevelopment.

A petition calling on Merton Council to act to protect Ridgway Stables has so far received over 8,200 signatures - supporters can sign the petition on the Change.org website.

"It would be wonderful if the stables could reopen in the future as a riding school, serving the community as it has done for more than 70 years.

"It is what all the campaigners have worked so hard for, and I hope Merton Council will support us in achieving this."

"Ridgway Stables is a cherished part of the Wimbledon Village community, and its disappearance would represent a terrible and irreplaceable loss.

"Merton Council possesses numerous powers that they could use to preserve the stables, and prevent it being replaced with yet another anonymous commercial development.

"The Merton Lib Dems are clear - the fight to Save our Stables will go on, and we call on the Council to back the local community and protect this invaluable asset."