It's neck and neck in Wimbledon: constituency-specific poll shows

The first specific poll of voters in Wimbledon shows a two horse race here, with the Conservatives holding the slimmest of leads over local Lib Dem, Paul Kohler.

It shows that 38% of Wimbledon residents said they would vote Conservative, with 36% currently intending to vote Lib Dem. The Labour Party are trailing in third place.

The poll was conducted by Deltapoll and paid for by non-party aligned individuals to provide objective data for the constituency. 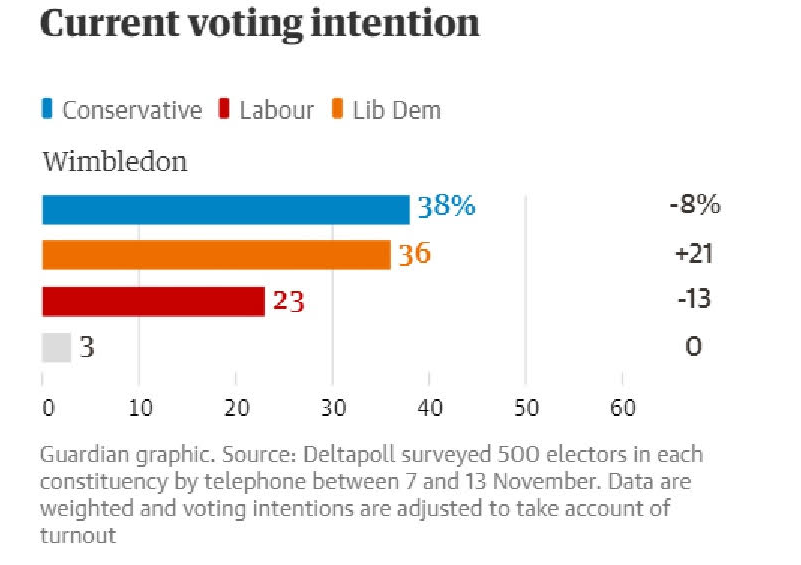 “This poll reflects everything we’ve been hearing on the doorstep”, said Lib Dem candidate Paul Kohler. “Former Labour and Conservative voters are coming over to the Lib Dems in droves - not just because we're the largest anti Brexit party, but because we are putting forward real solutions to Britain's' most pressing problems.

“This election is our chance to stop Brexit and tackle the real issues facing our country, such as the climate emergency. Wimbledon deserves an MP who will stand up for the rights of EU citizens and fight for Britain’s place in the EU.

“Every vote for me is a vote to stop Brexit and to change the direction of our country.” 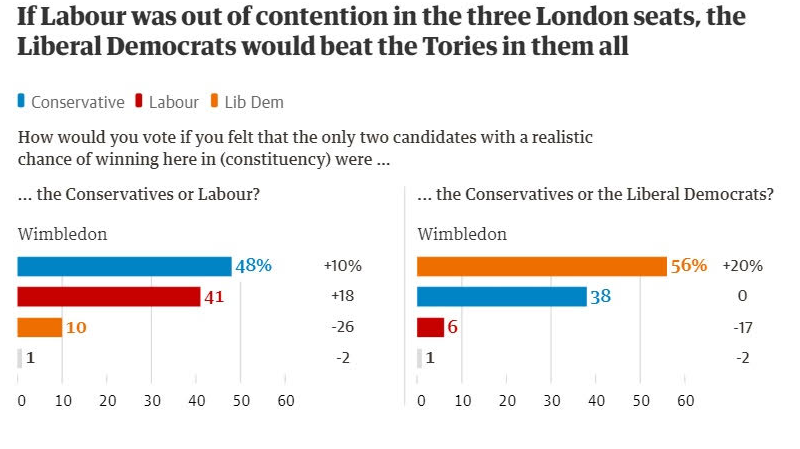 “This poll shows that the Liberal Democrats are the only party who can beat Boris Johnson’s Conservatives here in Wimbledon”, said Paul Kohler.

“I am asking the people of Wimbledon to give me their support, so that I can be the strong, anti-Brexit voice they deserve.”

The raw polling data and further information can be found online here.