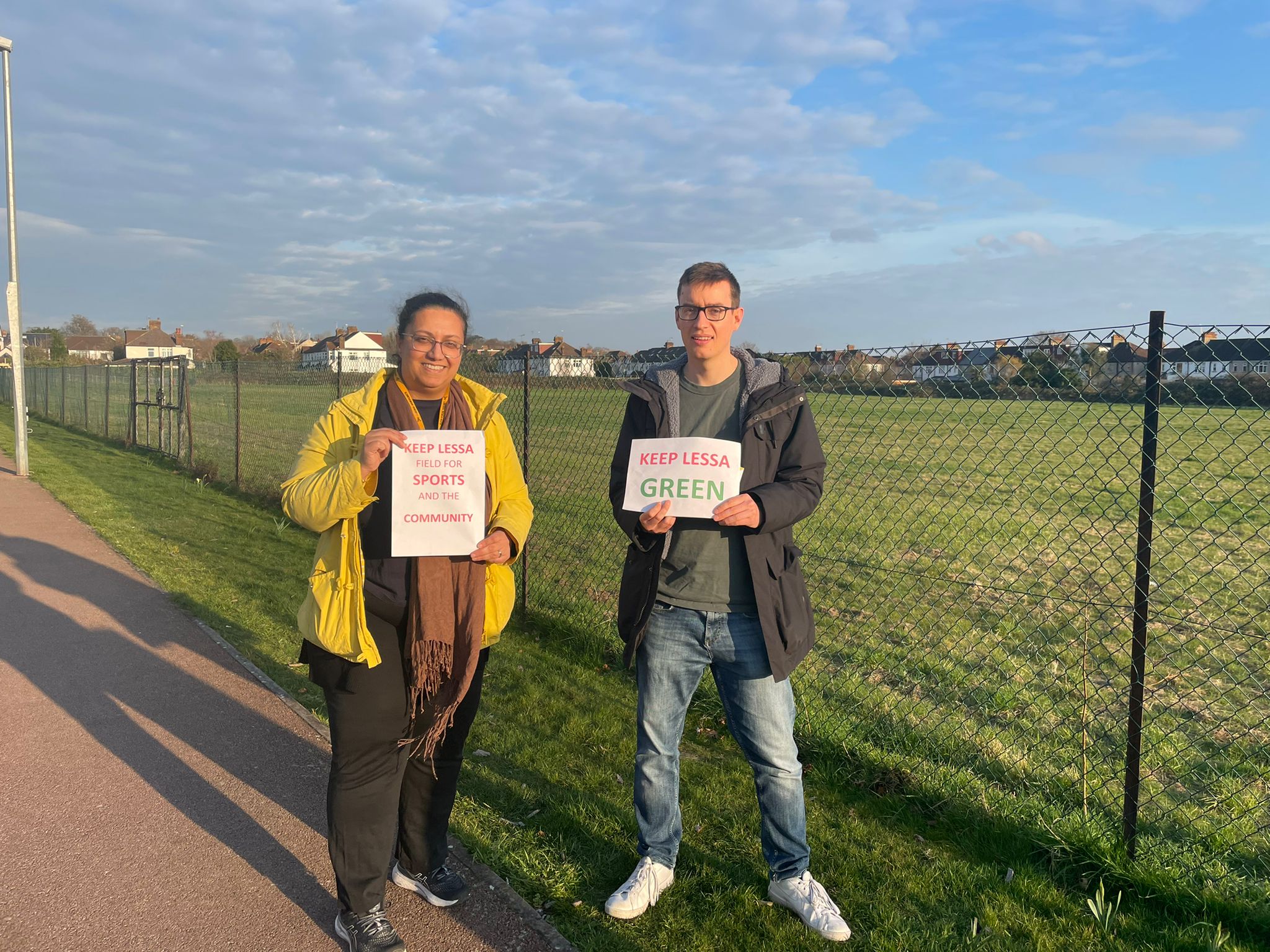 Hope you are well, and congratulations on your election and appointment as leader and cabinet member respectively!

I wanted to follow up on my speech from yesterday by formally asking you to set up an all-party summit on waste management arrangements, particularly to pinpoint the areas of concern but also to begin to look potential ways forward.

There are also undoubtedly some quick wins: action that the Council could take now to clean up our streets and manage our contractors more effectively.

Significant improvement will require all options to be looked at, including termination of the existing waste contracts, or the substantial renegotiation of them. Should either of those approaches be taken, it will take considerable work and could lead to additional costs. Change management on this scale would need strong project leadership and effective scrutiny.

An all-party Waste Summit would at least be an opportunity to increase everyone’s understanding of the issues, which in turn could make a joint approach possible.

In terms of my group’s priorities, we would highlight the below as potential workstreams. These won significant support from residents during the recent local elections:

We would also like to highlight some work recently undertaken by Newham on flytipping - this shows both what is possible, and also a different approach to understanding the problems.

As I said last night, I think by working together we really could win for everyone – a real fresh start for our area.

I look forward to hearing from you.

On Tuesday 17 May, Conservative MPs, including Wimbledon’s MP Stephen Hammond, voted against a windfall tax on oil and gas companies to help people with their energy bills.

Despite 248 MPs voting in favour of the one-off tax on the record profits of multinational oil firms, the Conservative MP for Wimbledon failed to support the proposal, even as inflation soared to 9%. 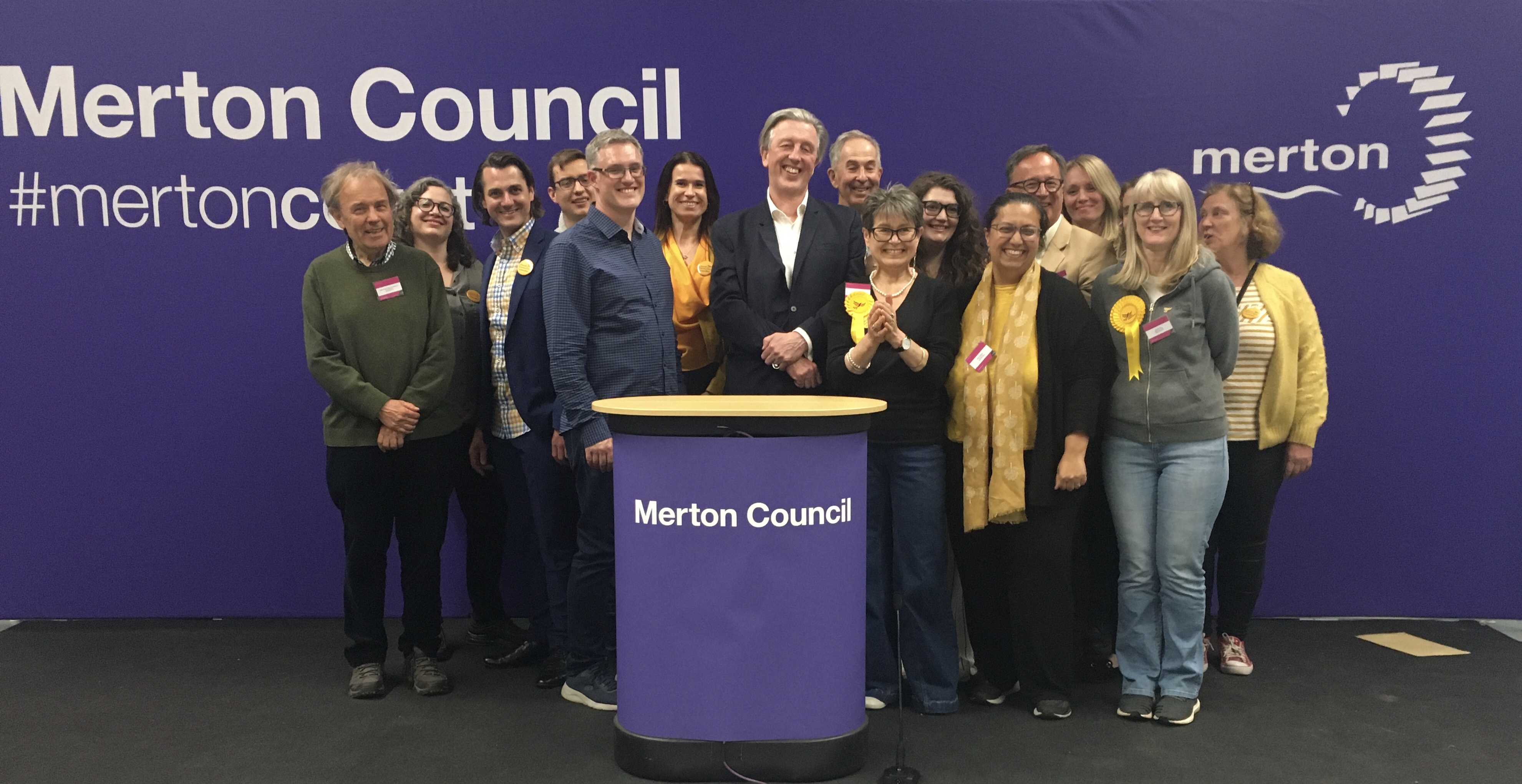 West Barnes Lib Dems fight for LESSA sports ground to be retained for sporting and community use. 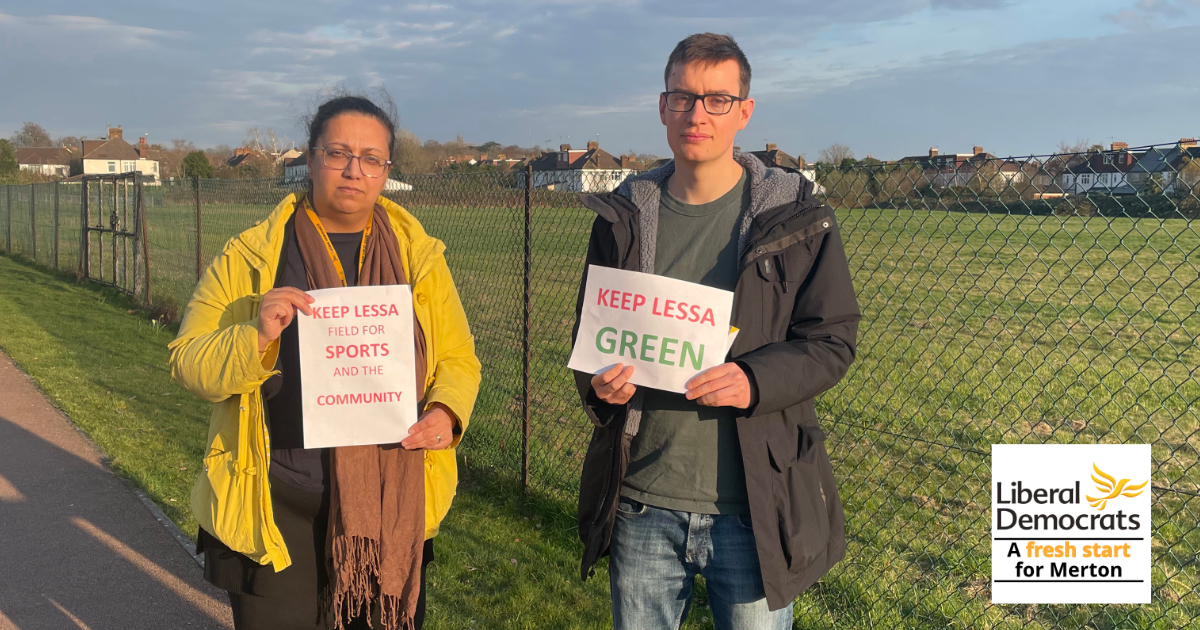 Many local people have voiced their opposition to the All England Tennis Club’s significant expansion plans, which would result in an 8000 seat stadium, nearly 10km of new roads on the land, and the felling of hundreds of mature trees.

Last week, at a meeting of Merton Council, local Lib Dem councillors demanded that Council bosses state they would enforce legal promises not to build, made when the land was bought by AELTC in 1993.

Sadly Labour councillors sought to water down that commitment.

Lib Dem councillors voted against this Labour amendment and were supported by the Merton Park Residents Association councillors. The Conservative councillors refused to try to block Labour's attempt to water down the commitment to protect the land, instead choosing to abstain.

“Last night was an opportunity to ensure the Council enforced the covenants to prevent the All England Club concreting over acres of Wimbledon Park. Sadly, that opportunity has been lost due to Labour evasiveness and Conservative inaction.

“I am surprised and hugely disappointed by the Conservative councillors’ refusal to back our proposal last night. Despite arguing in favour of the substance of our motion, they refused to join us in voting against Labour’s cynical amendment that stripped out the binding commitment requiring the Council to enforce the covenants.

“They then failed to vote on the final motion, choosing to abstain again. I am not sure why they bothered to turn up as they simply sat on their hands.”

“Conservative councillors might claim they want to save Wimbledon Park, but actions speak louder than words. The Conservative group’s preference for playing politics over making real progress has set our campaign back. Wimbledon residents deserve far better from their elected representatives.

“Despite the events of last night, the battle is far from over. We have at least succeeded in getting a commitment from the Council to 'respect' the covenants, and I and my Liberal Democrat colleagues will continue to campaign to ensure these covenants are enforced and the All England Club's over-development blocked.”

Liberal Democrat councillors proposed an amendment to the annual budget to reduce the impact of Council Tax rises by giving all households in Council Tax bands A to D a reduction by cutting up to 30% off the latest increase.

In total, 62,000 households in Merton would benefit from the rebate – equivalent to 72% of all households in the borough. The rebate would be funded by using some unallocated reserves.

“With energy bills skyrocketing and the Conservative Government set to increase taxes in April, families across Merton are already having to make difficult choices.

“They have been abandoned by the Conservative Government, whose failure to take action has allowed the cost of living crisis to spiral out of control and whose tax rises risk pushing thousands into financial hardship.

“Whilst it’s not as big a rebate as we would like, we felt it was the least local councillors could do to support families that are struggling to make ends meet.

“I was disappointed that Labour and Merton Park Residents Association councillors wouldn’t join me in voting for the Liberal Democrats’ amendment tonight. Cash-strapped households don't need more taxes - they need a break.”

Families in Wimbledon will have to pay an extra £500 a year in tax as a result of Conservative plans for a "stealth tax" rise, research commissioned by the Liberal Democrats has revealed.

The Conservative Government’s decision to scrap inflation-linked rises in income tax thresholds will see 210,000 people across London pushed into the top tax rate by 2026, while 155,000 Londoners on the lowest incomes who are currently exempt will start paying income tax.

In total, Londoners will have to fork out an extra £1.8 billion as a result of the Conservatives' plans, with the average household facing a £500 hit to their disposable income.

"The Conservatives are about to hurt hundreds of hard working families in Wimbledon with this stealth tax hike", said Cllr Paul Kohler, the Liberal Democrat parliamentary candidate for Wimbledon. “The Government should be supporting families that are feeling the pressure of rising household bills, not hitting them with higher taxes.

"I am surprised, and disappointed, that Wimbledon’s Conservative MP is not using his voice to speak out against his party’s attempt to raise taxes by the back door. Wimbledon residents deserve an MP who will stand up for them when Government decisions threaten their incomes and livelihoods."

Ed Davey MP, the Leader of the Liberal Democrats, said: "The Prime Minister must drop this unfair stealth tax that will hit families who are already feeling the squeeze.

"With the cost of living in London already skyrocketing, this is the last thing households need right now.

"People are already anxious about the rising cost of living and paying their bills this winter. Now they face years of tax hikes under a Tory government that is taking them for granted.

"Swathes of lifelong Conservative voters in Blue Wall areas feel the government is no longer representing them. It's no shock that many are now shifting to the Liberal Democrats instead."

School funding needs to be prioritised

Residents were shocked that Council bosses have chosen not to prioritise money to support local schools. 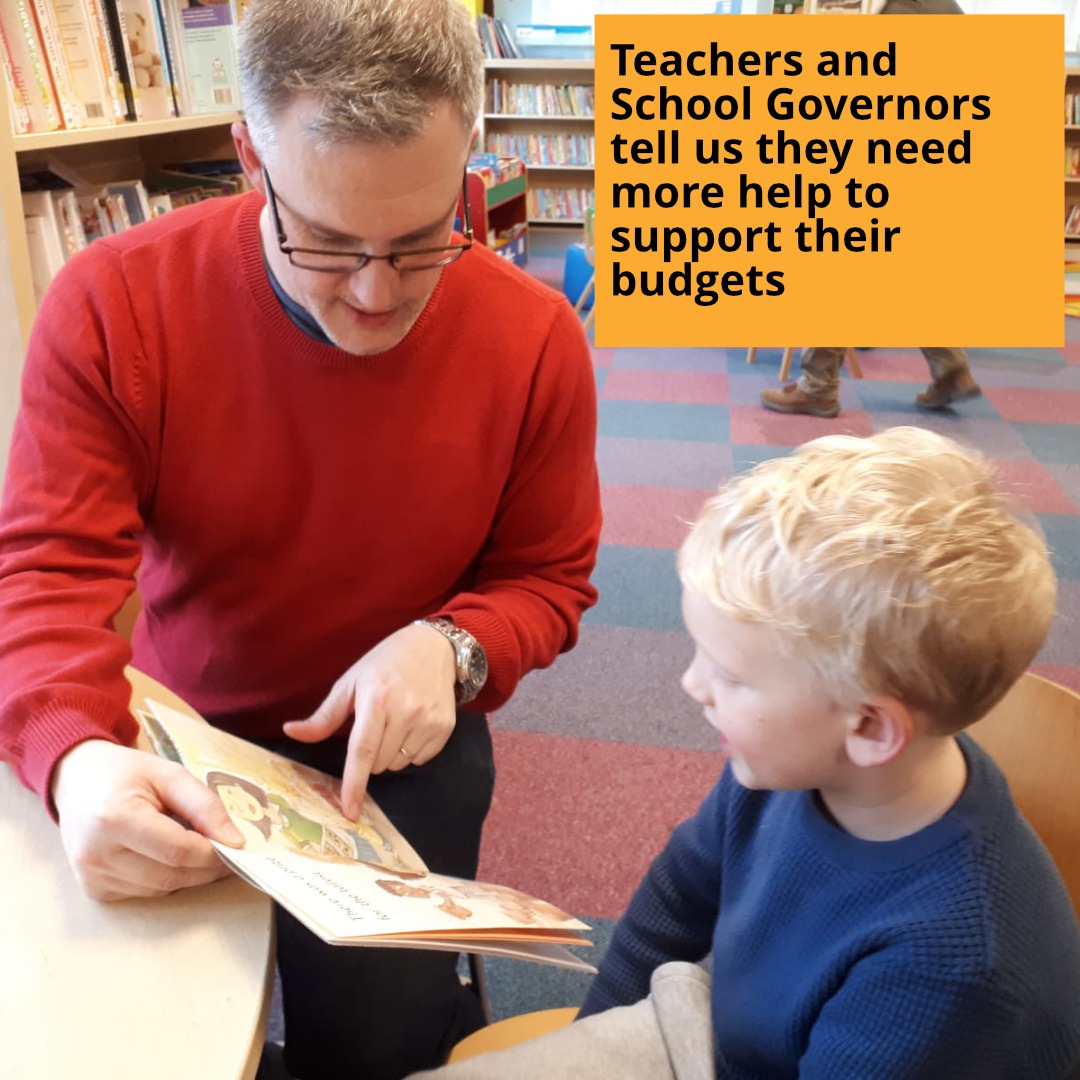 is is a response to discussions with teachers and school governors who tell us there simply isn’t enough money for schools.

"My own gas and electricity bills have doubled since 2020 already. And for schools it is no different.

"Most years the Council spends less than it budgets, and our proposal would have meant that this 'underspend' could have been used to help schools pay rocketing energy bills.

"We can’t just wait for the Government, which is the only thing that Labour councillors had to say."

Victoria Wilson, Matthew Willis and Chessie Flack - Lib Dem campaigners in Raynes Park and the rest of the Merton Lib Dem team continue to push for accessibility to be improved on platforms 3 and 4 where there is still no step-free access to leave the station.

Survey respondents reported having to turn down work in London due to the issue and it is clear we cannot wait on a decision on Crossrail 2 before improvements are made. 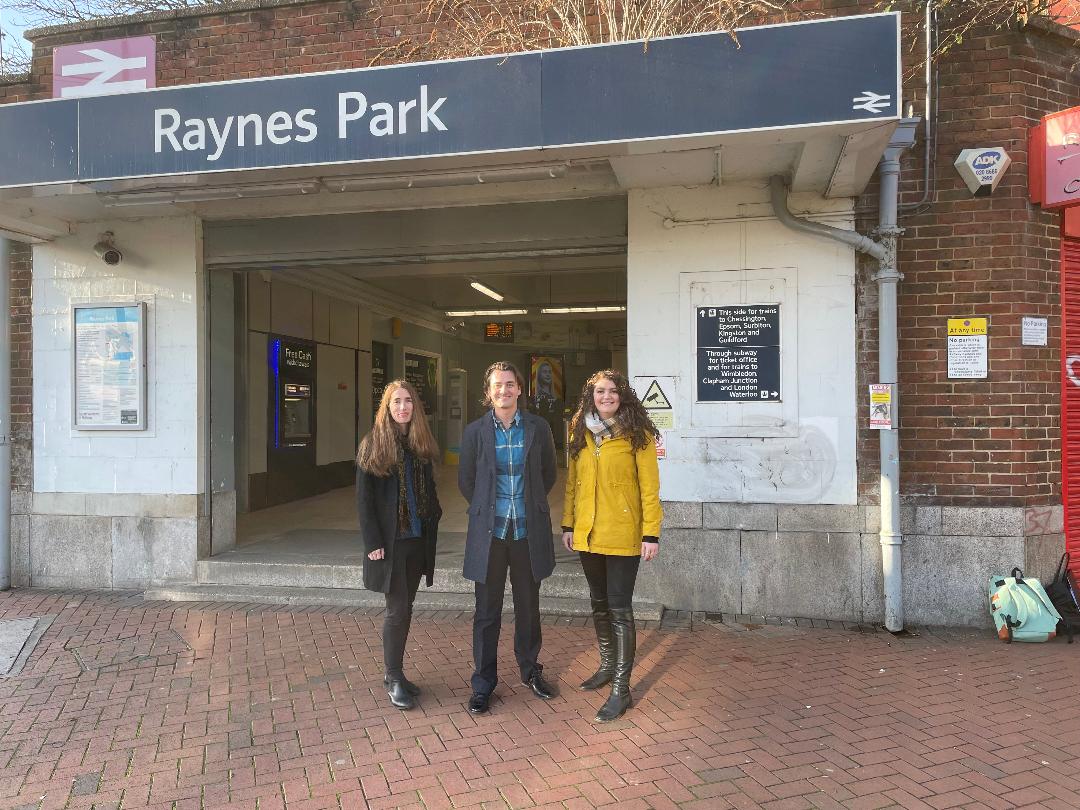