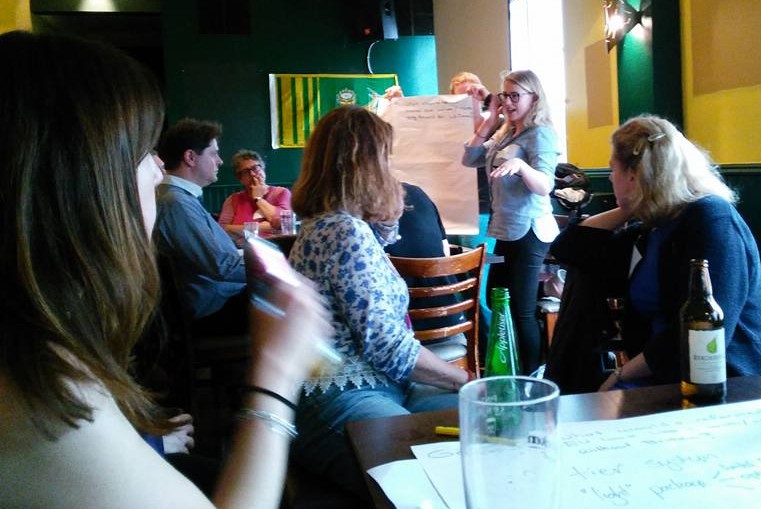 In January, the theme was constitutional renewal. See below for the full review of the meeting.

We face a constitutional crisis, with trust in politicians at an all-time low. We need to make our political system more representative, inclusive and responsive to people and communities through-out the United Kingdom.

During the discussion, people supported greater devolution, with more power and resources for local government, and a federal solution to keep our Kingdom united – although we were divided on the benefits of an English Parliament, and did not support regional English assemblies. There was some support for the spread of metropolitan mayors and increased local accountability.

We believe changing the voting system to proportional representation (PR) and giving votes to 16 and 17 year olds would boost political engagement – introducing PR in local elections would be a powerful step to strengthen local politics and make council decisions better reflect local priorities.

Reform of the House of Lords is essential, although we felt that the House of Commons should remain the more powerful of our houses of Parliament; we would support elections to the Lords for single, 10-year terms, with significantly fewer members, but were also willing to explore the possibility of an independent commission appointing members for fixed terms within clear parameters to ensure demographic balance and diverse expertise and experience.