At last night's full council meeting, Liberal Democrat councillors proposed that the Council’s pension fund committee be asked to divest from fossil fuel companies within the next 3 years. Instead Labour councillors backed the status quo: slow changes, only moving out of fossil fuels by 2050.

Cllr Simon McGrath said “Merton Council should stand by their Climate Emergency Declaration and divest their pensions from fossil fuels sooner rather than later, following the IPCC special report on the impacts of global warming with warnings of flooding and overheating. We need to act now and commit to a rapid exit from all fossil fuel investments”.

Climate change champion Lib Dem Cllr Jenifer Gould added “pouring petrol on the flames of climate change needs to stop, the money invested now will affect the lives of generations to come and further decrease the chances of remaining below the 1.5 degree Celsius ambition of the Paris Climate Change Agreement. The Council needs to invest in a cleaner, greener economy.

“With the next annual UN climate change conference in November, the Government is lacking in climate leadership failing on its commitments to invest sustainably and refusing to ban new oil and gas exploration licences”.

Cllr McGrath added "New listing of fossil fuel companies on the London Stock Exchange would be banned as part of a proposal by the Liberal Democrats’ Leader Ed Davey MP, that could help the UK become a principal player in tackling the climate emergency". 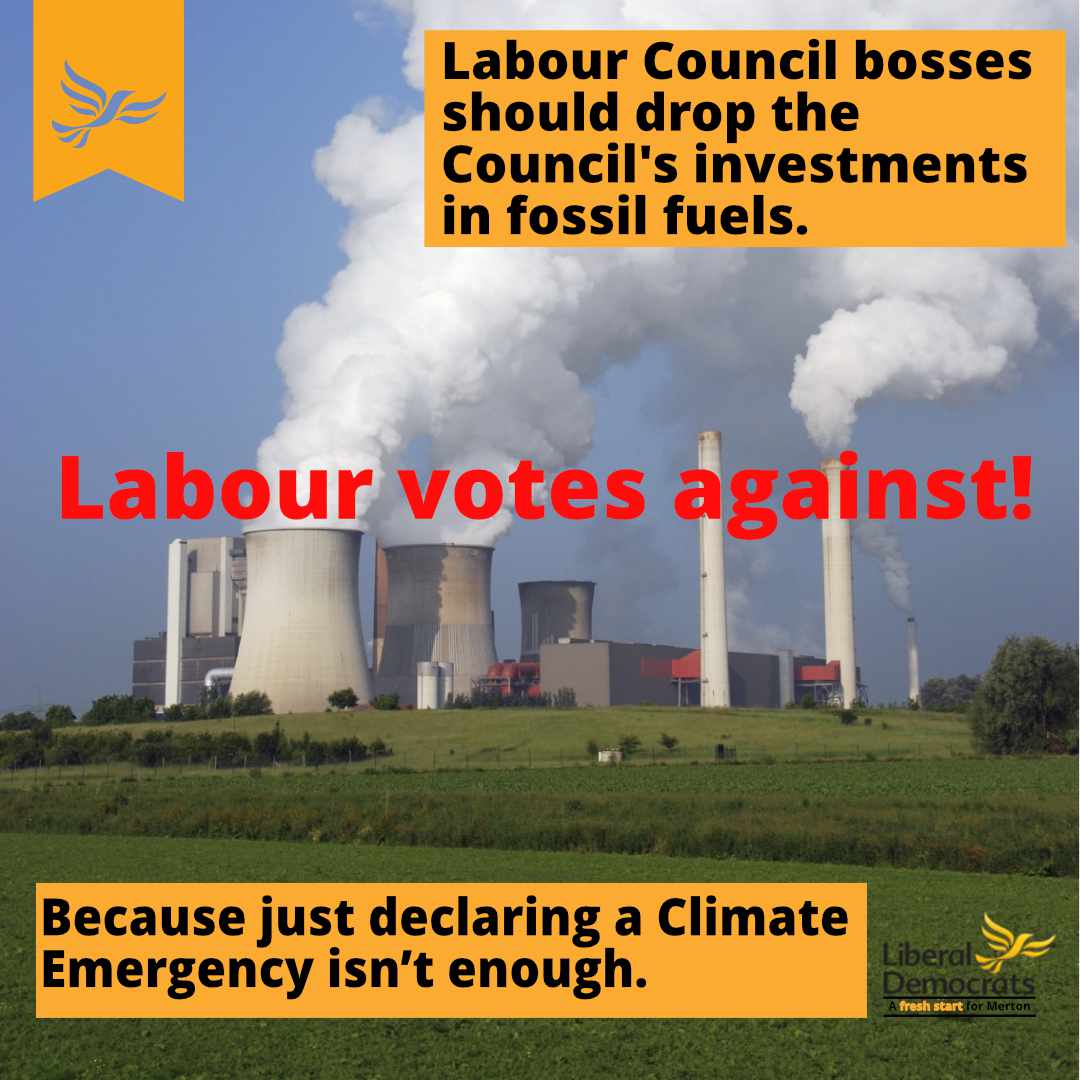