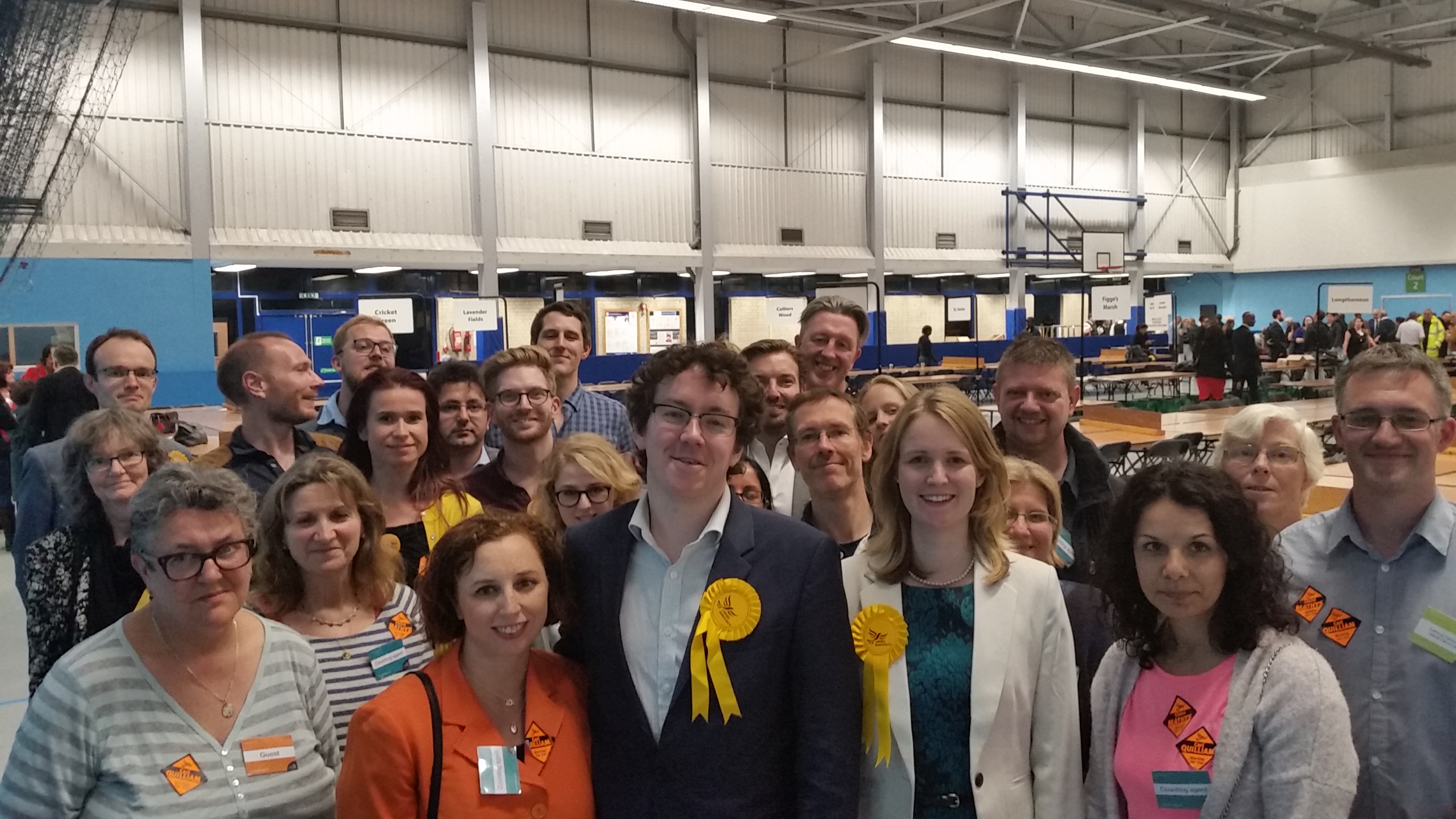 Across the country the Lib Dems went forward, increasing their number of MPs to 12. In South West London the Lib Dems returned 3 MPs, including Vince Cable who is expected to take up the role of party leader over the Summer.

Lib Dems also narrowly lost out on returning by-election winner Sarah Olney to parliament in Richmond Park, with just 45 votes in it.

Locally, in Wimbledon the Lib Dems, Carl Quilliam increased the total number of votes and the overall percentage, securing double the Lib Dems’ national vote share and achieving one of the best results for the party in London.

In Mitcham & Morden, the total number of votes and the vote share were up, with Claire Mathys, the party's candidate moving up to 3rd.

“Despite Lib Dems being squeezed out of the national campaign in the final weeks, we increased our number of MPs nationally and increased our vote here in Wimbledon by over 1,300.

“That puts us in a strong position for the local elections next year – particularly in areas where we have long been the main challengers to the Conservatives like the West Barnes and Dundonald wards - but also in other areas too like Trinity and even Wimbledon Park where our vote share went up.

“As I said during the campaign, not a single vote for the Lib Dems this time will be wasted – every vote will help me and the Lib Dems locally challenge the hard Brexit agenda of Labour and the Conservatives and fight for more investment in our schools and health services.

“Labour distanced themselves from their candidate even before the election and he has already had to resign from his other role as a local councillor. I’ll keep fighting for the people of Wimbledon and continue to hold our Conservative MP to account.”