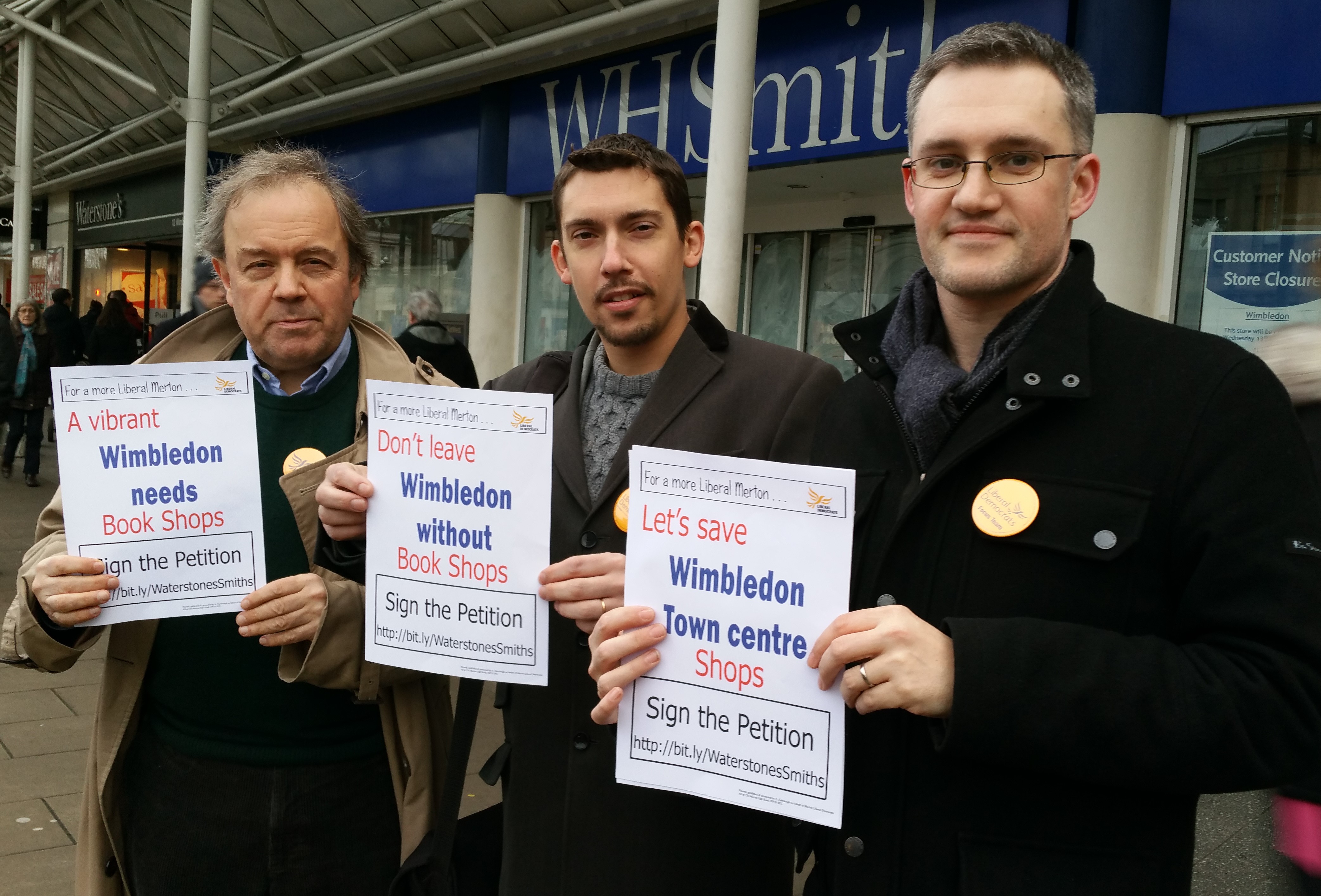 In January Wimbledon’s large WHSmith and Waterstones will be closing, as their lease in Wimbledon Bridge House is up, and instead Metrobank will move in.

An application was made in February 2014 to allow the shops to be converted into a bank, with the landords supporting the change.

In December, when we asked if they would open other branches in the town - Waterstones said "there isn't a plan at this point" and WHSmith didn't respond to us. So in January, we launched our petition:

Published on Small Business Saturday 2015, here is some information on support for local businesses.

London Lib Dems will now oppose some of the TfL proposals to restrict operators of online private hire vehicles, like Uber, after local Lib Dems intervened.